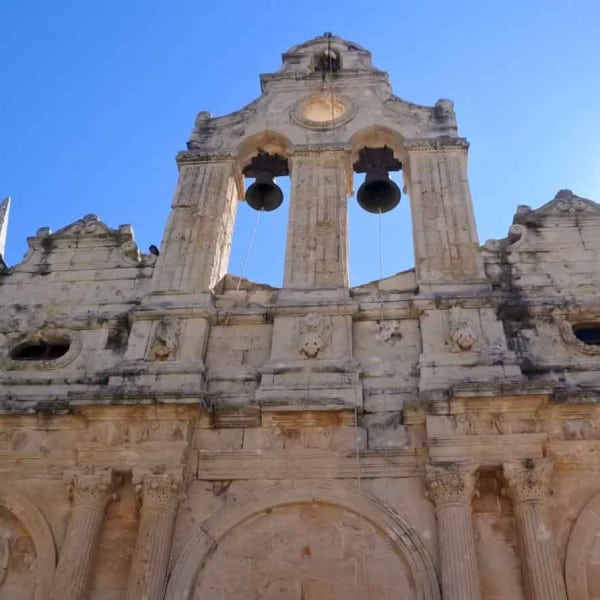 I like staying at all-inclusive luxury resorts: there’s a sense of comfort and peace of mind knowing that everything is within easy reach and accessible. On Crete, luxury resorts attempt to cater to all your whims, providing all kinds of specials, like themed nights and entertainment for all ages, in-resort shopping ops, spa packages, and carefully landscaped grounds, with refreshing pools surrounded by cozy sunbeds and umbrellas ordered like soldiers, two by two, among palms and colorful flowers. But as much as these resorts may offer, they don’t reveal the soul of the island.

To understand what makes Crete a sacred destination you have to adventure inland, to its surprisingly green plateaus, far from the sunbathing tourist hordes. From Creta Star to the Monastery of Arkadi, the ride takes only 25 minutes on windy country roads flanked by pink oleanders, through olive groves that glitter silver-green under the bright sun of the morning, and finally reaching a green oasis at the northwest side of Mount Ida. This is the area known as the Arkadian region, a revered historical site for the Cretans. Last year, Greece released a commemorative ringed-bimetallic €2 coin featuring the Arkadi Monastery to mark 150 years since the Cretan sacrifice during the Cretan Revolt of 1866. The story of the 943 Cretans, mostly women and children, who sacrificed themselves between these holy walls is part of the documented history of the place.

Somehow, as you enter the powder magazine at Arkadi, time stands still. Even if you are not familiar with the history of the monastery, there’s a sense of pious tranquility about the place. It’s like the sacrifice of the Greeks is embedded in stone and, if you close your eyes, you can almost feel the souls of the departed passing by. Here’s how Victor Hugo described the Holocaust of Arkadi:

One knows this word, Arkadian, but one hardly understands what it means. And here are some of the precise details that have been neglected. In Arkadia, the monastery on Mount Ida, founded by Heraclius, six thousand Turks attacked one hundred ninety-seven men and three hundred forty-three women and also children. The Turks had twenty-six cannons and two howitzers, the Greeks had two hundred forty rifles. The battle lasted two days and two nights; the convent had twelve hundred holes found in it from cannon fire; one wall crumbled, the Turks entered, the Greeks continued the fight, one hundred fifty rifles were down and out and yet the struggle continued for another six hours in the cells and the stairways, and at the end there were two thousand corpses in the courtyard. Finally, the last resistance was broken through; the masses of the Turks took the convent. There only remained one barricaded room that held the powder and, in this room, next to the altar, at the center of a group of children and mothers, a man of eighty years, a priest, the higumen Gabriel, in prayer… the door, battered by axes, gave and fell. The old man put a candle on the altar, took a look at the children and the women and lit the powder and spared them. A terrible intervention, the explosion, rescued the defeated…and this heroic monastery, that had been defended like a fortress, ended like a volcano.

I feel it’s important to see Arkadi, not only for its historical meaning but also because its beauty will touch your heart revealing what Crete truly is for the people who live on these lands. The courtyard is a tranquil plot beautified with colorful flowers and herbs. There are always people walking around the grounds, some stopping in awe to admire the Venetian church from the distance, others preoccupying themselves with capturing the most interesting sights of the fortress-like structures of the monastery on smartphones and cameras. But even the occasional tourist, who usually lands at Arkadi with a local tour guide, seems to be overwhelmed by the sense of sacred I described above, and walks about in devout silence.

It’s hard to describe Arkadi and do it justice. As magnificent as the striking Venetian church is seen from outside, the beauty of its 1902 iconostase is awe-inspiring too. To me, this is the gem of the church, the thing that brings me peace and close to God. To see Arkadi, you need to commit at lease a couple of hours of your time. Walk carefully: as I said, this is holy ground, because the souls of 943 Greeks rest here. Take your time to discover the hidden gems: a monk’s cell, the hospice, the stables, and the memorial of the dead outside the fortified walls of the monastery, that shows you what the Cretan’s hold sacred:

Nothing is more noble or glorious than dying for one’s country.

Pamil Visions PR has been building and maintaining trusted relationships with social media influencers, journalists, bloggers, freelancers and personalities since 2005. As online PR changed, I adapted to serve tourism and hospitality businesses with the professionalism and integrity they deserve. I know what works, and what is hype, and provide complete, integrated public relations and social media campaigns that target the right audiences: your guests.

Contact me today to learn more about my capabilities and what I can do to help you grow your business. 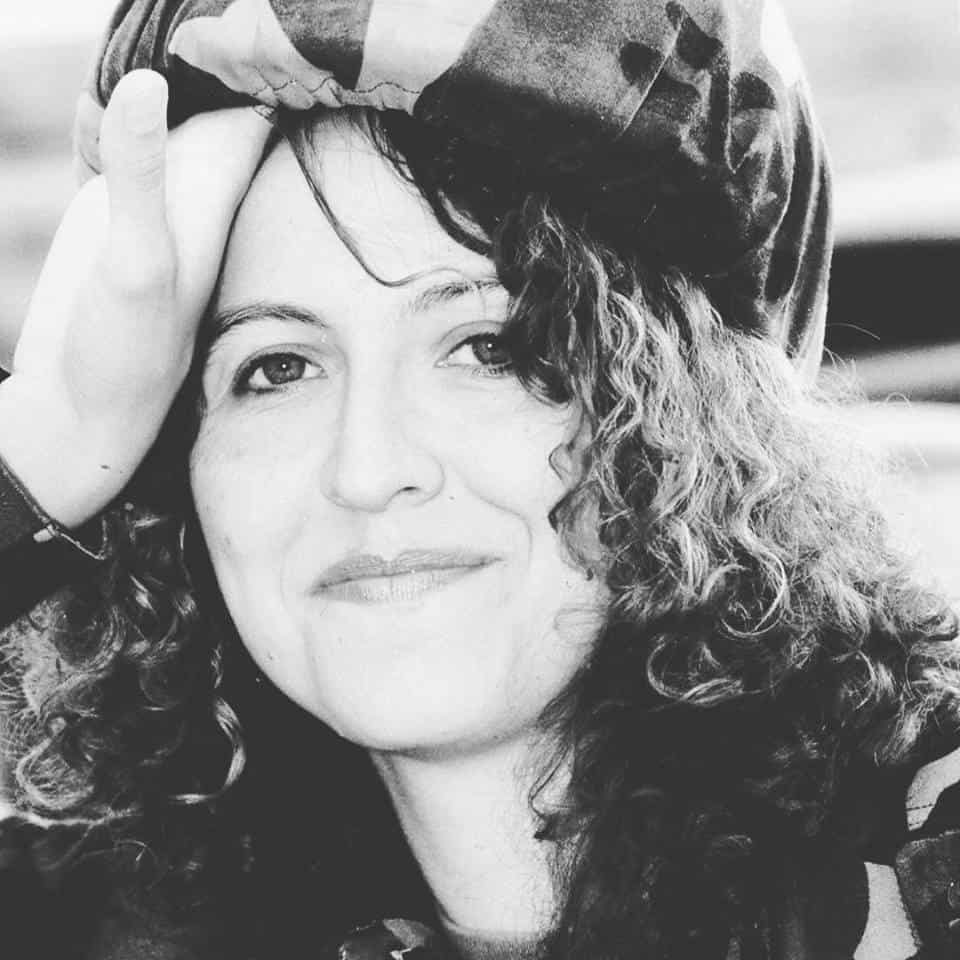